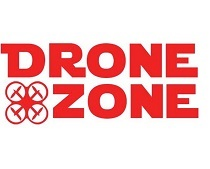 DRIDIOT OF THE MONTH - OCTOBER wINNER

DRIDIOT IN THE DRONE WORLD

We chose Andrew Hernandez, 22 for our October's Dridiot of the Month Winner since he recklessly operated his drone and crashed it into a Los Angeles Police Department helicopter this September.

The collision damaged the fuselage of the helicopter which caused the chopper pilot to make an emergency landing...  Hernandez's drone, after contact with the LAPD chopper,  crashed to the ground impacting a vehicle.

Hernandez has since been arrested and charged with unsafe operation of an unmanned aircraft after an investigation by the FBI, the LAPD and the Federal Aviation Administration.

We are happy to say there were no casualties or injuries to any party.

how we choose our winner - YOU NEED NOT APPLY

We select our winner from current unfortunate DRONE news and mis-happenings.

Drone news can be very interesting and we want to promote safe droning.  If someone has a mishap we will highlight the occurrence  to teach fellow dronies what not to do.

WE NOW HAVE DRONE ZONE T-SHIRTS FOR SALE  CONTACT INFO@DRONEZONE.CLUB

DRIDIOT OF THE MONTH - SEPTEMBER WINNER

THIS IS AN AWARD YOU DO NOT NEED TO APPLY FOR.  WE WILL CHOOSE THE WINNER.

If you would like to license the use of any of the pictures contained on this website, please contact us.  Charges for unauthorized use are $10,000 / day of unauthorized use.